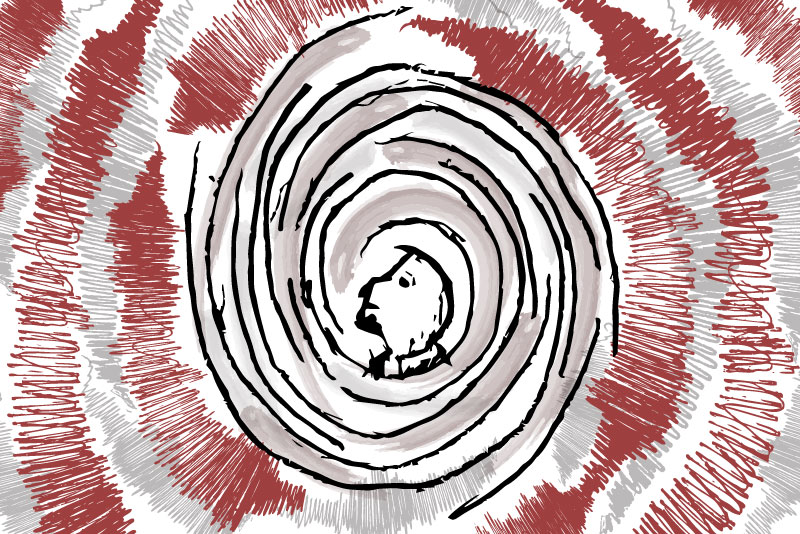 A selection from our “Anything Goes” call for submissions.
By Josette Torres I still fetishize you
a little bit, against
my better judgment,
against the synthetic
wall of pharmaceuticals
I use to smash emotions.
You recall afternoons
of darling drunken
lawyers arrayed loud
on wooden chairs,
watching the five
o’clock news, ignoring
existence of wives
and lives and propriety.
The red state I lived
in is far in the past,
but your clean cut
smirk and aging
haircut throw me
back in time every
time, when all I wish
for is some future
time without you in it.


Josette Torres lists her age with an asterisk; she’s 43, but only 25 if you count from when she graduated high school — which she does. She’s from Northwest Indiana, and while she originally moved to Blacksburg in 2007 to “be alone and write,” she’s certainly found ways to occupy her free time–she’s worked at WUVT-FM, The Lyric Theatre, and currently, as an instructor at Virginia Tech. She says creation keeps her from “completely going sideways,” and her featured creative nonfiction piece was originally written for a graduate class taken at Virginia Tech with Jeff Mann. She admires Brian Turner’s work in his poetry collections Here, Bullet and Phantom Noise, as they both focus on the writer’s experience with war in a way that she describes as “pull-no-punches.”

You May Also Enjoy