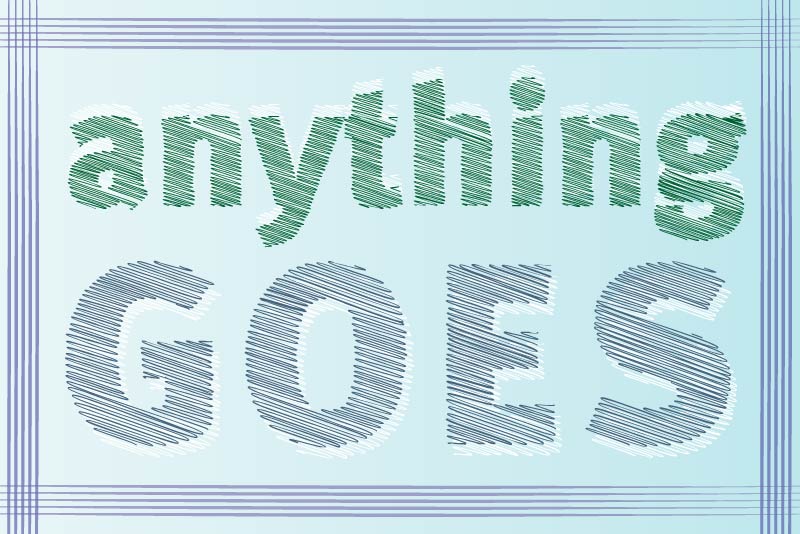 The Craft editors highlight their picks for the “Anything Goes” call for submissions.
Laura Copan and Alyssa Lentz
Contact the Editors The theme for The Pylon’s first call for submissions was “Anything Goes.” In order to cast a wide net and better capture the talent of the Blacksburg area, we were open to all creative works that displayed excellence and originality. Each piece we selected stood out in its own unique way, and we are thrilled to present each one to the community.

Alex Newman and his video “Michael Jackson” are the epitome of clear, polished talent saying something substantial in a fresh way. Almost immediately after listening, Newman’s song was stuck in our heads. And his visual work is just as impressive — we were blown away by the sophistication and sense of style in the song’s music video.

The language in Austin Berrier’s poem “spaghetti western: An Involuntary Community of Sorts” is stunning. His diction is on another level, and his poem evokes another time — a time of steel and smoke, a time when gods, devils, and fire captured our imagination. Berrier certainly captures ours.

With his crystal-clear perspective, Baron Crooke’s “The Bluebird” transforms an everyday scene of a bird in a tree into something extraordinary. We were particularly impressed by the photograph’s vibrant colors, especially as the blue hues mix with sunset orange specks of light. Crooke has a keen framing ability that he put to use here for our viewing pleasure.

The guitar in Chance Crawford’s song “from me to u” hypnotically draws us in, and leads us along as he thinks out loud. Not only is the production value fantastic, but the way Crawford showcases emotion in his voice elevates his work, and makes him a talent worth following.

Elizabeth Vincent’s poem “Used” may be brief, but even in its short span, it leaves an impact. The ending invites the reader to reread it immediately, because it is not at all the poem expected when it began. For anyone who reads poetry regularly, this is one of the most exciting things that can happen. It’s more than a landscape; it’s a protest from the unheard. Vincent’s prose piece, “The Sailboat Question,” nails the universal feeling of catching yourself daydreaming. Vincent’s vivid imagery and descriptions of silent longing made us feel entranced, soothed, and melancholy all at the same time.

Josette Torres’ creative nonfiction piece “Progress at Main: On Henderson Lawn” will strike a chord with anyone who’s been in the Blacksburg area for an extended period of time. The way Torres mirrors the area’s developments with the changes in her own life elevate it beyond relatability into the realm of subtle and bittersweet emotion. Her poem, “And Then Time” is a skillful exercise in so many poetic devices — rhyme, alliteration, and imagery, just to name a few. That alone would be impressive, but the poem’s sense of intimacy and intensely personal nature pulls its reader in and keeps them there until the very end.

We hope you enjoy these creations as much as we do, and we invite you showcase your own creative talents in our next call for submissions.

You may also enjoy