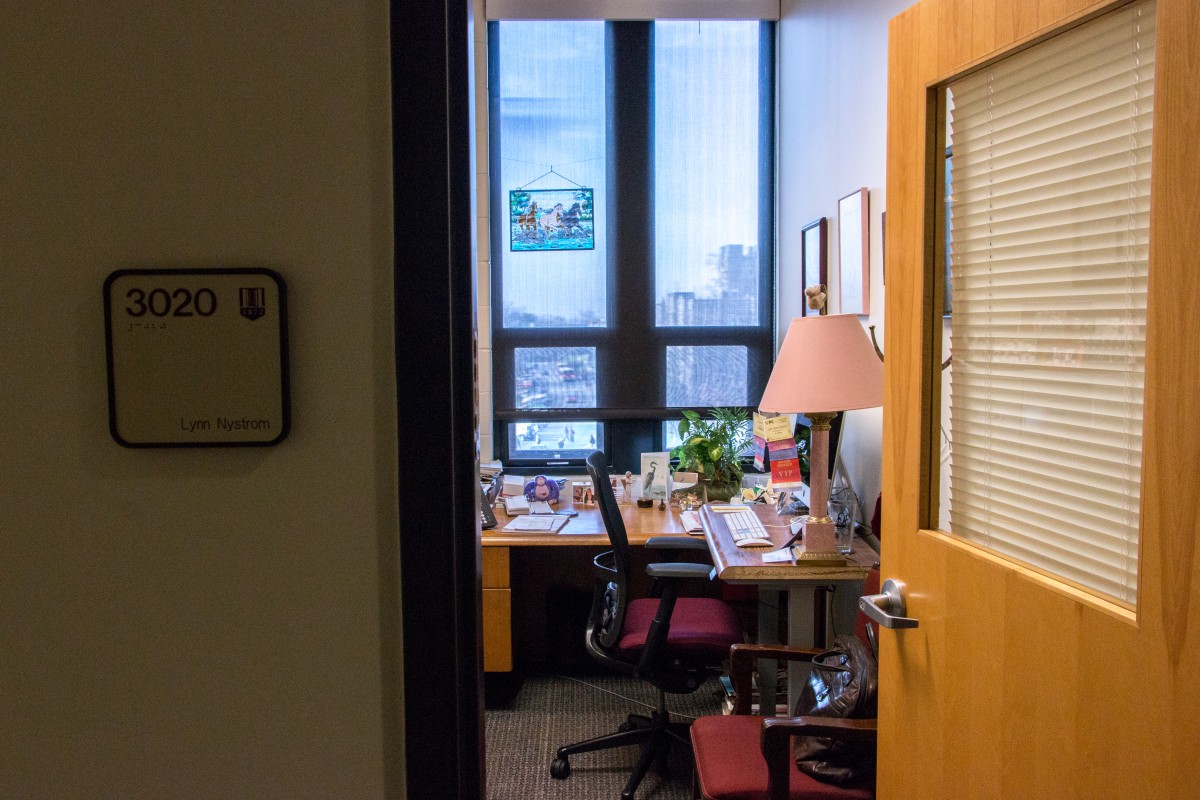 In memoriam of Lynn Nystrom, my advisor and mentor at the Collegiate Times.
By Erica Corder, Editor-in-chief Contact the Reporter Lynn Nystrom was the part-time editorial advisor to the Collegiate Times for 36 years and the full-time Director of News and External Relations in the College of Engineering, among other things. She died after a battle with cancer on Dec. 3, 2015 at 63 years old.


When Lynn died, one of the first things I thought of was her office, with its eclectic and distinctive decorations: the stained glass horses in the window, the cluster of framed photos on the filing cabinets and shelves, the beaded mobile. I thought of dropping by, often unannounced, knocking on the door, and being welcomed in by a warm hello as Lynn dropped whatever it was she was doing — and she was always doing something.

No matter how busy she was, she’d wave me in and I’d sit on the couch she had against the wall and we’d talk. I would ask for advice, vent, or talk about life. And when things got rough for me in the spring semester of 2015, sometimes I’d have a good cry, too, and Lynn would supply much-needed, comforting words, paired alongside stern but gentle reminders that everything would work out. I always walked out of her office feeling better than I had when I walked in. I first met Lynn Nystrom around the time I interviewed for the editor-in-chief position at the Collegiate Times. She was intimidating, and I distinctly remember being nervous that she was at my interview because I knew she’d be able to see through any lame responses I gave.

When I landed the editor job, I began to see her on a weekly basis. I soon understood that I wasn’t the only one who was intimidated by Lynn. She came to our business meetings fully prepared, never missing a beat. She knew what she was doing, and she wanted to make sure we did, too. Lynn paid attention to what was said and done and asked questions — good questions. She didn’t take it easy on us students because she knew we were capable. Lynn treated us like adults, and in turn, I felt more confident in the job I was doing.

In February 2015, I attended the first board meeting of the Educational Media Company at Virginia Tech, the company that owns the Collegiate Times. What I heard there would set the tone for the rest of my tenure, and Lynn advised me to write about what was going on at the company — as journalists, we owed it to our readers. It was this story that would eventually lead to my overnight termination.

That was a particularly traumatizing time, especially since there was a new reason for my termination every week. But Lynn was there through it all. Her honesty during what felt like one of the lowest points in my life is something I will always be grateful to her for. I spent countless hours in her office going over everything, trying to understand how this could have happened, and when everyone else in my life was sick of hearing about it, Lynn was there with an open door.

Lynn took on my battle — fighting the board’s decision and trying to set things right — when, little did I know, she had been fighting a more pressing battle herself. A couple weeks after the fall semester started, Lynn took me out for lunch at Green’s. We ordered salads and talked. I told her about The Pylon and how it was coming along, and even though she was my advisor at the Collegiate Times, she quickly filled in the same role for the new site. She asked questions about the site I hadn’t yet considered, easily guiding me in my new venture. It was helpful and I learned something, as all conversations with her tended to be.

One of the last times I saw her, she said to me, “You seem happier.” As perceptive as she was, I don’t think she realized that she played an integral part in helping me along to that point. Had it not been for her and her advice, I wouldn’t have pursued that story, which I now feel was the turning point and most educational experience of my collegiate and journalism career. I wouldn’t have learned as much about what it means to be a journalist or about writing the stories that need to be written. I wouldn’t have had a role in creating The Pylon. I will always feel indebted to Lynn, one of my first mentors in journalism. It’s only appropriate that I dedicate my first piece for The Pylon to her, considering the impact she’s had on me. I never imagined I’d go forward with this venture without her guidance, administered in that office I have come to associate with comfort during the worst of times. Of course, it’s not about the office. But it’s devastating to think I won’t be able to drop by it again. I’ll miss that, and I’ll miss her.

Here’s to you, Lynn. Thanks for always having an open door. 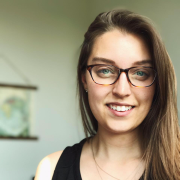 Erica Corder is the co-founder and editor-in-chief of The Pylon. Corder grew up in different states across the U.S. and spent three years in Germany before eventually winding up at Virginia Tech. She graduated with a double major in English and political science.